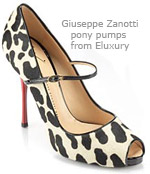 Friday was a little dull, and I have nothing to report (just you wait). So let me take the opportunity to tell you about my two co-workers.

The day began with me in a rather grumpy mood, and my usual coffee (grande double shot caramel latter from Starbucks) was not perking me up. I suppose it was 8am in the morning. The March 08 editorial meeting was at 10 and I had nothing. So I would have to spend the better part of the morning surfing the internet and ‘borrowing’ ideas from some American magazines or their respective websites.

Two seconds after I switch on my computer I swear to god I thought I heard Big Bird walking down the hall. She has this rather distinctive stomp, she’d like she think that it’s a lady-like walk, but you can hear her coming before you see her. Today she was quite a sight in a bright yellow apron thing – the gaping hole in the back told me that she obviously had no idea what the back of the top looked like – it was bare from the neck to the top of her micro-shorts which showed us how awful her spray tan was. To think her side kick, Snuffalufagus, would probably tell her she looked beauuutiful today and that she is so talented. And before you go assuming otherwise, Snuff is more senior, but likes to throw Bird a bone every now and then – because everyone needs a sucker to do the shit jobs.

Snuffalugus waltzed in a few minutes later in her usual wrap dress. At least she can dress herself alright – mind you you never see her out of a wrap dress, even when she should dress up a bit more

Soon Big Bird and Snuff get chatting about the most diviiiiine new mascara/lip liner/fragrance/whatever on the market, and discuss what beauty treatments they want to get done before summer really kicks in – so they could pitch a beauty treatment trial story. I try to tune out as they list all the botox, microdermabrasions, teeth whitening, skin peels, and full body wraps you could think of, it’s like they live to have their skin tucked, peeled, bleached or frozen. No wonder they look a little like Farrah Fawcett or the other original Charlie’s Angels characters.

After I’ve finished my coffee and picked out some ideas I want to pitch, I hear Big Bird and Snuff asking themselves why they’re in so early – after all they were at some beauty launch or something the night before. Apparently attending a function with free food and booze should be counted as work. You can say no to the invitation honey, no one is forcing you to go, besides their desire to land themselves on every social page around.

Anyway the rest of the day continued without much more drama.

Though Big Bird and Snuffalufagus did declare at the meeting that dairy is bad for your skin – what with all the hormones injected into cows these days. So they were giving up on lattes, yoghurt, milk, and cheese. My buddy Andie Anderson, piped up and asked if they were giving up chicken too, because surely chicken had a lot of hormones too. She was met with a look of “as if, what would you know”. Andie did have a point though, not that the Sesame Street duo would care, the hormone’s thing is just a fad for them anyway.

That’s all I have to say about Big Bird and Snuffalufagus so far, now that you know a little about them… next post will be about Andie’s super witch of a boss, Alexis (and her alter ego Alex).

This entry was posted in Uncategorized. Bookmark the permalink.